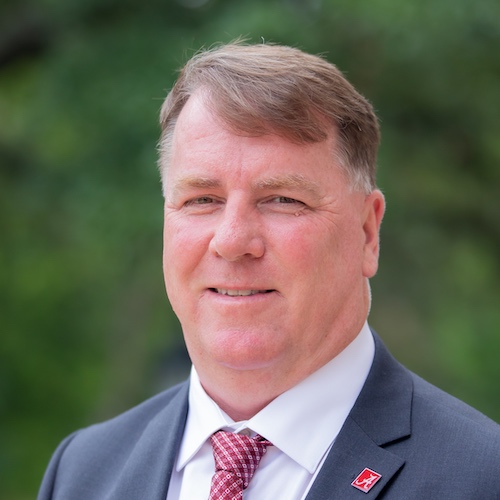 Michael Oatridge serves as the AMP executive director. AMP was recently established in partnership with Alabama Power Company and Mercedes-Benz U.S. International Inc. as a research and workforce development center to meet the needs of the emerging electric vehicle market.

Oatridge worked for Honda Motor Company for more than 30 years, retiring in 2021 as senior vice president of Honda Manufacturing of Alabama. Oatridge joined Honda in 1989 as an engineer, taking on increasing responsibilities at its manufacturing plant in Ontario, Canada. His tenure included an assignment at company headquarters in Tokyo, Japan. He came to the plant in Lincoln, Alabama in 2001 and became vice president of manufacturing operations in 2010, a position he held until 2016 when he was promoted to senior vice president. In this position for five years, Oatridge directed day-to-day operations of a staff of over 6,000 employees, while ensuring the production of over 350,000 vehicles annually.

After retiring, Oatridge founded Strategic Workforce Solutions, developing public and private partnerships to secure more than $3 million in funding to develop ALEX, the Alabama experience, an immersive and interactive way to learn about living and working in the state.ALEX premiered at the World Games in Birmingham this summer.